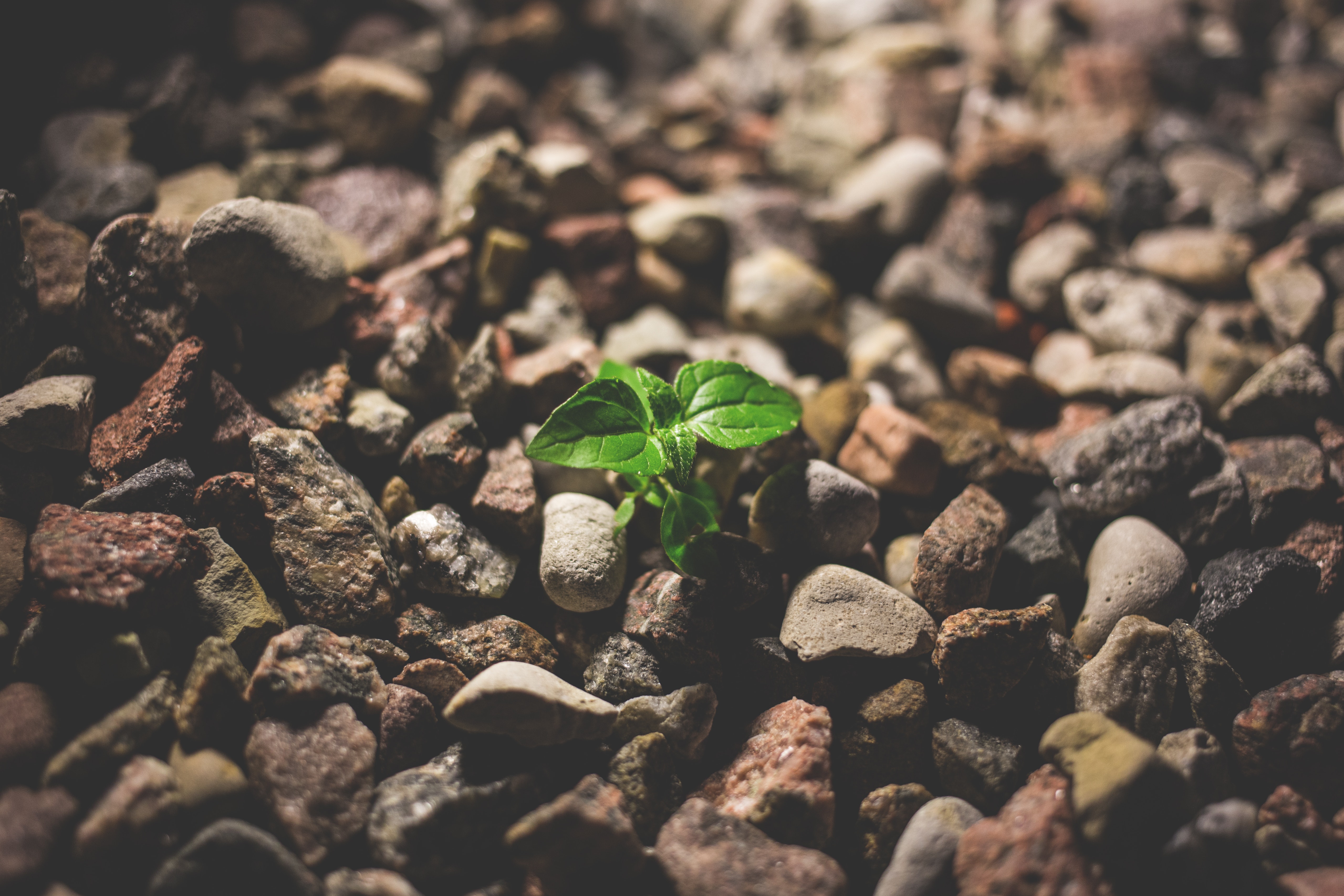 As we are (hopefully) coming to the end of the pandemic of 2020, a lot has changed with the PRO Business Support Community.  I thought that a quick history of the formation and evolution of what we commonly just call “PRO” might be a great place to kick off our blog … so here we go:

When I moved to Richmond, Virginia in the early 2000s, I already had a pretty diverse professional background.  I had worked in student affairs at a major university, been a paramedic, served as a full-time faculty member at a small health science-focused college, been a merchandiser for a large public safety supply company, worked as a consultant with a physician management group, and run a regional Emergency Medical Services support organization.  Additionally, I owned a DJ service, was an owner of a yogurt franchise, a co-founder of a gift shop and delivery service, and even dipped my toes into network marketing.

Soon after arriving in Richmond, I was focused on a new project that centered around helping with corporate incentive programs.  I was quickly invited to attend a meeting, which turned out to be a newly formed chapter of the largest international business networking organization in existence at that time.  I jumped on board with both feet and became an active member of the group.  I loved the people and felt that the system was terrific. I even became an assistant director, providing training for new members and mentoring other chapters.

From the beginning, there were a few philosophies of that organization that just did not feel quite right for me.  The operating premise was based on loyalty. As such, they denied members the ability to join similar groups.  Members who did so would forfeit their membership and be removed from the organization.  While I understood the philosophy of loyalty, I felt that being loyal simply because someone went to the same meeting as you was not the best way to make quality referrals. To me having an organization that was taking my money (in the form of dues) dictate where I could and could not look for business was…well… BS.

In 2005, I chose not to renew my membership and began researching other business networking groups across the country.  I found several local and regional groups and one other national organization.  I picked up several new ideas from each and spent the next several months interviewing local businesspeople to learn what they might be looking for in their ideal networking organization.  Since Richmond only had one multi-chapter networking organization, and I had identified the desire for an alternative, I founded the Professionals Referral Organization in December of 2006.

Over the next several years, PRO grew to nearly 20 chapters.  Each PRO Team met in person, within the Richmond area, and we began to expand to other parts of the Commonwealth.  At some point, we had PRO Teams in Northern Virginia, Fredericksburg, Hampton Roads, Charlottesville, and the Shenandoah Valley of Virginia.  As we tried expanding into new markets, I became so involved with travel and coaching that we hit a plateau. I wasn’t sure how we would be able to grow and increase our value to our PRO members.  During that time, I started a mildly successful “mentor” program, where members would volunteer to mentor other PRO Teams. When an attractive job offer from out of state became available, I hired one of these mentors to run the Richmond market while I returned to support the community that I had started.

With my only solution to scaling the business being to follow a franchise or licensing model, this area manager became the first market owner and was sold the Richmond market.  In order to successfully franchise or grow through licensing, it was paramount that members and guests have a similar experience regardless of what PRO Team they attended.

Beginning around the fifth year or so, it became clear the PRO could be much more than “asking for introductions” and passing business cards.  Our members began to share challenges and ask for feedback on projects or opportunities from their fellow members.  This input began the evolution to becoming what we now call our “business support community”.

After a few months out of state as the CEO of the nonprofit that I had been working for, I had a conversation with my board president. We concluded that the position was not the right fit for me at that time.  So, I returned to Virginia and focused my efforts on growing PRO in markets where we had opportunities.    While I had continued to evolve the organization in one direction, the Richmond market had was opting to go down some different paths. As a result, the local market owner and I decided that it would be best if he kept some of the former PRO Teams within that market and he would form a new company. That’s when I returned to my roots to rebuild the original Richmond market…realizing, this time, that I needed to find a new way to scale the organization.

BACK TO WHERE IT ALL BEGAN

It was great to be back in Richmond, but there were several new challenges that we had to figure out.  First, at least two new, locally-founded organizations had formed begun and these  with a focus that was almost exclusively based on referrals with their own twist.  One touted shorter meeting times and paying cash for bringing in new members.  The other emphasized or supporting nonprofits.

Because of the prevalence of these referral groups, and the challenges faced with the changes in leadership, it created some confusion.  “Who was running PRO?” and “What is a business support community?” were common questions.  Most of the people who visited PRO had been to at least one of these other organizations’ meetings; and  were often taken by surprise when we did not ask members (or guests), “Who would you like to meet?”

Our growth continued in some markets (such as Richmond, Charlottesville, and the Shenandoah Valley), but we never quite got the strong foothold in some of the other markets that we were working to develop..  That meant that my tasks would require a significant amount of travel to and from in-person meetings. Because I was still focusing on our Richmond market, my ability to travel to all the meetings and provide in-person coaching to our other markets was severely limited.

In September of 2019, we began experimenting with a virtual meeting using Zoom.  We struggled with getting people to join a Zoom meeting because they were just not familiar with the platform. People consistently told me that they preferred “in person” meetings.  We continued to grind away for several months, but I continued to have a feeling that the way to scale the business would be to offer virtual meetings that would remove any geographic limitations and offer added diversity for our members.  I knew that some of the  value wh had provided in the past by holding in-person events, like local happy-hour social events,  may need to be retooled for a virtual environment – and that any aspect of change would require some adjustments for our members - but I continued to believe that those challenges would be addressed after we proved a successful model for our virtual meetings.

Suddenly the United States Government and the media began telling us that that SARS-CoV-2 (the Coronavirus causing COVID-19) had entered the US, and we faced restrictions on almost every facet of our lives.  People could not gather in groups, were encouraged to stay at home, told to wear masks, and travel was heavily restricted.  No one realized, at the time, the impact that this would have on us all for over a year (and counting, as of the time of this article); but PRO needed to make a change quickly to help our members adapt and survive.

In short order, we had all our PRO Teams meeting via Zoom. As a matter of luck, Zoom became the prominent tool that people were choosing for their meetings and to communicate within work-from-home environments.  Suddenly, it seemed as though everyone was using Zoom. Fortunately, we were ahead of the curve.  Within a couple of months, not only were people eager to join in with a group of people however they could, but they were also familiar with Zoom and how it functions.  Many members began to realize that meeting in a way that utilized this technology gave them even more control over their time.  Without the need to travel to and from a physical meeting, many of our members found that they saved an hour or more with every meeting.  We began having visitors from all over the country- and even from several foreign countries!  Members could now visit PRO Teams, at a distance, like never before!  A new vision began to develop …

I began to become a student on several platforms.  I read books by Gary Vaynerchuk, listened to Pat Flynn’s podcast SMART PASSIVE INCOME, began learning about livestreaming from Luria Petrucci with LIVE STREAMING PROS, and began studying video creation and YouTube management from Sean Cannell with THINK MEDIA.  There were many other authors and content creators who I began to follow, but these were some of the early influencers as I began to rethink what PRO is and where we were headed.

By this point, we had officially changed our name to the PRO Business Support Community.  “Community” is the operative word here; and I began to think about how we could make membership about being part of a supportive community of peers, rather than a membership that’s based on participating with a particular group.  We launched a new, exclusive online community platform where our members can communicate, share wins, ask for advice, offer help, and continue to grow and learn from everyone who is part of the community, or from a select individual or group of individuals.  This change from building individual groups to growing an interactive community has led us to where we are today.

We have got lots of exciting new programs in store for our members.  Whether you are in Virginia, across the country, or anywhere in the world, we invite you to connect with us.

If you see the value and believe that our community can help you grow and succeed (personally and professionally), we invite you to consider membership.

If PRO isn’t the right fit for you, that’s great too!  We hope that you’ll stay connected with us and consider attending some of our public events from time to time.

If we haven’t met, I look forward to meeting you soon!

I’m excited to know that with PRO, no matter what the future holds, we’ll continue to Build Success Together!

NEXT UP … FUTURE PLANS FOR THE PRO BUSINESS SUPPORTCOMMUNITY {coming soon...}